God Made Me This Way: Justifying a Sinful Lifestyle

Today's question says, "Often in the media or in the mainstream world, we hear non-believers who latch onto this idea of the image of God and say, 'Well, I'm made in the image of God, so how can my lifestyle or any type of sin be wrong?' How do we talk to our kids about this?" Listen as Elizabeth Urbanowicz explores what it means to be created in God's image and our ability to sin.

Note: The following is an auto-transcript of the podcast recording.

Elizabeth Urbanowicz:
Hello friends, and welcome to another episode of the Foundation Worldview Podcast, where we seek to answer your questions so that you can equip the children God has placed in your care to carefully evaluate every idea they encounter and understand the truth of the biblical worldview. I'm your host, Elizabeth Urbanowicz, and I'm so excited that you've joined me for another episode today. Today's question says, "Often in the media or in the mainstream world, we hear non-believers who latch onto this idea of the image of God and say, "Well, I'm made in the image of God, so how can my lifestyle or any type of sin be wrong?" How do we talk to our older kids about this?"

So when we think about this claim, okay, well, I'm made in God's image, so therefore there's no type of lifestyle that can be wrong. We need to pause, as with any claim and ask ourselves, what is this person actually saying? What are they actually claiming? So in this case, this person or group of people or whoever it is, is claiming that the image of God is identical with being incapable of sinning, okay? So anything done by an image bearer of God couldn't possibly be sin. So we need to ask ourselves, is this true?

Is it true that an image bearer of God, it's impossible for them to sin. So we need to look at scripture in its entirety to be able to answer this question. So first we think about Genesis three. Genesis three makes clear that image bearers of God are capable of making choices that honor God, and choices that rebel against God. Genesis three makes this very clear. Adam and Eve originally were in a sinless state, and as image bearers, they were given the option to choose. They could choose to love, trust, and obey God, or they could choose to love, trust, and obey themselves. And when given the option, they chose the latter. They chose to rebel against God's word and to trust in themselves. And then the rest of the entire biblical narrative makes clear that humans are continually living in a state of rebellion against God.

I mean, just think of the biblical narrative. After Genesis three, we have the story of Cain and Abel. Then we have the story of Noah and the flood, and God's judgment on the wickedness of the world. Then we have the story of the Tower of Babbel. Then we get into the time of the patriarchs, and we see even the patriarchs who God had called to himself rebelled against God many times and chose their own way. And then when God calls Abraham's whole family to himself as they're leaving Egypt, we see them continually rebel over and over and over and over and over again. And that's the entire history of the nation of Israel, through the time of the wilderness wanderings, to the judges, to the united kingdom, to the divided kingdom, to the exile, to the return, just continual rebellion against God. And so we know then from the biblical narrative, from our own lives, that this claim is false.

That image of God means it's possible to sin, because we have been given choices. Now, I think the claim this person is talking about is more the, "God made me this way and God doesn't make any mistakes." That's, again, where we have to look at the entire biblical narrative, that it is correct, that God does not make any mistakes. God is perfect. And when we look at the entire biblical narrative, we see that humans chose to rebel in the garden, and when they did, God cursed the ground. And now the ground and all parts of creation are groaning, waiting for Jesus' return when he's going to make everything new. But while we're in this state, we still suffer the effects of the fall. And the fall effects different people in different ways.

So does God make any mistakes? No, but we humans do. And part of the punishment for these mistakes is that we live in a world where we're going to consistently struggle, emotionally, mentally, physically, and spiritually, because we're living in a world that is not as how God initially created it. Now, when we know the whole biblical narrative, we know that our life on this earth, whether we live 50 years, 60 years, 70 years, 80 years, 90 years, or 100 plus years, when we think of that, let's say we think about 105 years, which I don't think I or anybody else listening to this will live for 105 years. But even if we were to, and we think about being alive for 100 million years, in eternity, 100 years is but a breath.

One of my professors at Biola, Clay Jones, used to talk about the suffering in this world. That it's analogous to a child getting a vaccination when they're young. That vaccination is very painful. It really affects that child. But in the grand scheme of that child's life, that vaccination was just a breath in all of their years. And they don't sit around crying for the rest of their life about that vaccination because of all the good things that have happened since then. And it's very similar with us, that we might struggle with different sinful desires. We might struggle with different physical or cognitive impairments because of the fall.

And this is not to say that those things aren't difficult. This isn't to say that those things aren't worth grieving over it. And it isn't even to say that God's heart doesn't grieve over those, because God's heart does. We see the compassion of Jesus and how he wept for Jerusalem, how he wept for his people, how he wept when he knew that Mary and Martha were grieving over Lazarus, even though Lazarus was about to be raised from the dead. We know that God is a heart of compassion for sickness and suffering. That's why Jesus came and he bore our sins, and took on our diseases upon himself. But in the grand scheme of things, this life is but a breath, and any incorrectly ordered desires that we struggle with, they're going to be just an afterthought in eternity.

And wrong is anything that God forbids, and the things that God forbid go against his character. God has forbid unfaithfulness in marriage because God is faithful, and unfaithfulness directly contradicts who he is. So right is anything that goes along with God's character, wrong is anything that goes against it. Now, if we're thinking about talking about this with the kids in our care, or if they're pushing back and saying, "Well, God just made this person this way," or, "God just made me this way, I should just be able to follow my own desires." Or, "Who are we to tell that person that they can't follow their own desires?" We need to help them think through what the consequences of this would be. Okay, so let's say we say, okay, who are we to judge that person? Who are we to say that they can't follow their own desires?

So if we just follow our hearts, there's going to be a lot of ways in which we and others get hurt. And so we want to help them see the logical conclusions of something like whether it's individual relativism or cultural relativism. Just saying every culture gets to choose for itself what is right or wrong, or every person gets to choose for him or herself what is right and what is wrong, we want to help them see the logical out-workings of those worldviews. That it might sound good to just let us follow our hearts, but many times, our hearts are going to guide us in ways that aren't healthy for us, or healthy for those that we're interacting with. And our hearts are going to consistently conflict with the desires of other people's hearts.

So with this question, as with any statement that we're evaluating, we first want to ask ourselves, what did this person say? So if they say, "Well, I'm made in the image of God, so how could my lifestyle be wrong?" It's like, well, does the image of God actually mean incapable of sinning? Let's look at what scripture says. No, it doesn't. It says being made in the image of God makes it so that it's possible for us to sin, because we've been given a certain measure of free will, to be able to make choices on our own. And then look at, okay, so from the biblical perspective, how do we determine what's right and what's wrong? What are the errors of believing another worldview?

So that's always the formula I recommend looking at, what has this person just claimed? Is it true? How do I know it's true or not true? And then, what are the other alternatives? That's a wrap for this episode today. But as always, as we leave our time together, my prayer is that God would richly bless you as you continue to disciple the children he's placed in your care. I'll see you next time. 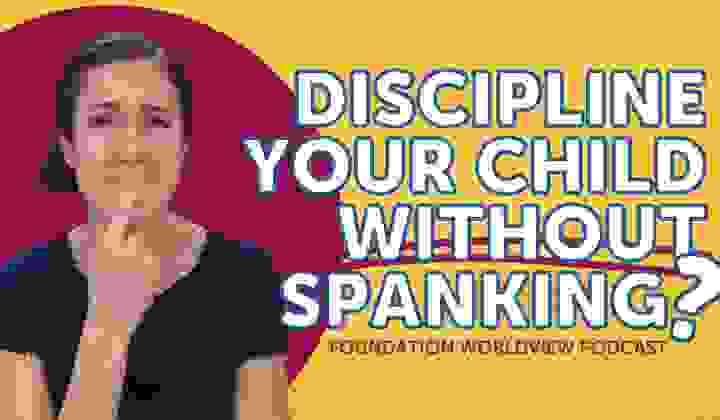 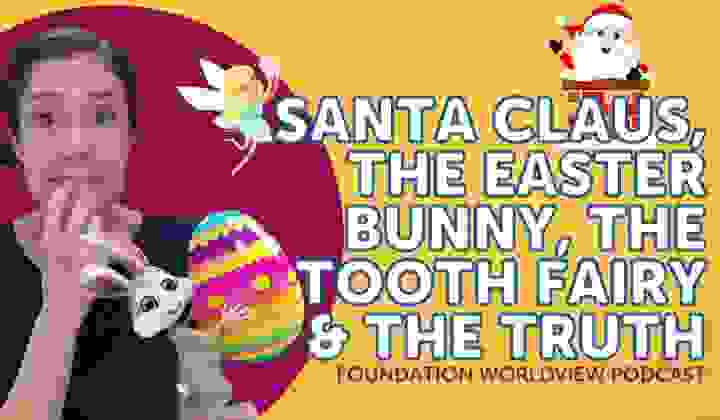 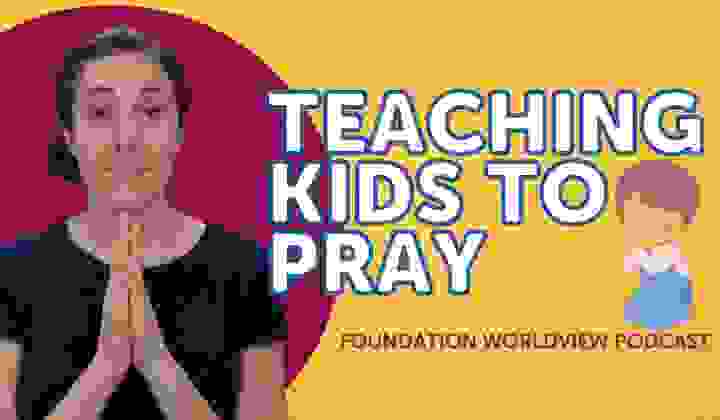