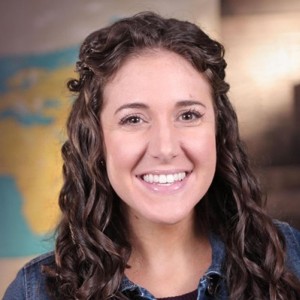 The Foundation blog typically contains articles written for adults, helping them address worldview and apologetic topics with children. However, this blog series was written for children. We encourage you to read through these posts with the children God has placed in your care, to help them critically think through why God allows evil.

But we also see many things in this world that are not good. Storms come and destroy houses. Germs make our bodies sick. Family members get angry and argue. Friends say mean words that sting. And people we love grow old and die.

Sometimes you might wonder, “If God is good, why does He let bad things happen?” That is a great question, and it is a question many people have asked before. The good news is, God is big enough to answer this question and others like it. In this series, we will explore why God lets bad things happen. And the first thing we need to do is explore where bad things come from.

Question 1: Where Do Bad Things Come From?

So, what happened? Did God make a mistake somewhere? No, God is perfect, which means He never, ever makes mistakes. The trouble started with the first humans – Adam and Eve. Because Adam and Eve were made in God’s image, God created them with the ability to make choices. They could choose what to call the animals, which food they wanted to eat, and how to spend their time. They could also choose whether or not they would love, trust, and obey God.

Adam and Eve only had one rule to obey. God told them that they could eat fruit from every tree in their garden home. There was just one tree they couldn’t eat from. God said that if they ate from that tree, they would die. Well, one day, a serpent in the garden told Eve that God had lied to her. He said that if she and Adam ate the fruit of that tree, they would not die. Instead, they would become like God! Adam and Eve had a choice to make – trust God or trust the serpent. At that moment, they chose not to trust God. They disobeyed by eating the fruit from that one tree, and when they did, they became sinful.

Remember, earlier, I mentioned that God is perfect. This means that He cannot let sin go unpunished. Just like your parents punish you when you disobey, God punished Adam and Eve for their disobedience. God told Eve that her work of having babies would now be very painful. He told Adam that Adam’s work of farming would now be very difficult, and God cursed the ground. God’s once perfect creation was ruined because of Adam and Eve’s sin.

Today, all of the bad things we find in this world come from sin. Now you might be wondering why sin affects you. It was Adam and Eve who chose to disobey, not you! Why do you have to deal with all these bad things just because Adam and Eve made one mistake? That is another great question. And it is the question we will explore in our next post.

For an adult response to this question, check out Why Does God Allow Evil by Clay Jones.